Conservation grazing in the Forest of Dean

Conservation grazing in the Forest of Dean

We’ve partnered with Foresters’ Forest to carry out conservation grazing in the Forest of Dean. The project aims to protect and enhance wildlife in the Forest by creating areas of open habitat, especially heathland.

Did you know that forest doesn't just mean trees?

The Forest of Dean is one of the most important areas for wildlife in the UK, supporting habitats and species of national and European significance, but it’s not just the trees supporting wildlife.

Thousands of years ago, a variety of grazing animals would once have roamed here, including European bison, wild ox and beavers. Their different methods of grazing and disturbance created a dynamic landscape of trees, scrub, heathland, marshes, grassland, groves and thickets. This in turn would have helped to develop rich and diverse wildlife communities.

Since the reduction of natural grazing animals, the Forest has seen a decline in species that relied on the more open habitats these animals created - such as the small pearl-bordered fritillary butterfly, which was previously found at over 50 different places in the Forest and now remains in just two.

In order to enhance and protect this mosaic of different habitats; cattle, sheep and ponies have been introduced to help create and maintain open spaces, especially heathland.

How to look after the Forest's wildlife and livestock

Animal Welfare is monitored by local volunteers and staff. In an emergency call our 24 hours service on 01452 389951.

Locations of current livestock in the Forest of Dean

Discover some of the species that need open areas within the Forest to survive. 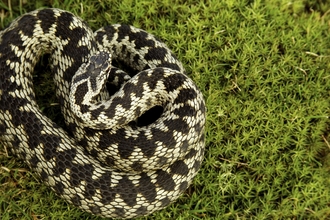 Our only venomous snake, the shy adder can be spotted basking in the sunshine in woodland glades and on heathlands. 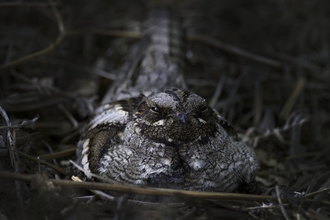 Listen out for the distinctive 'churring' call of the nocturnal and nightjar at dusk. 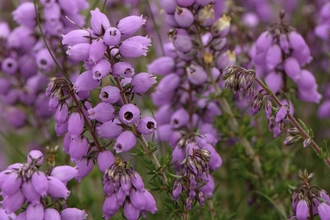 Our most familiar heather. In summer it will carpet the heathland with purple-pink flowers that attract all kinds of nectar-loving insects. 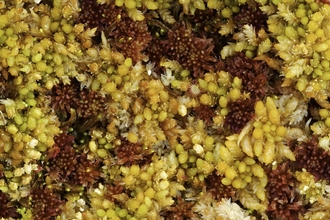 Sphagnum mosses carpet the ground with colour on our marshes, heaths and moors. They play a vital role in the creation of peat bogs. 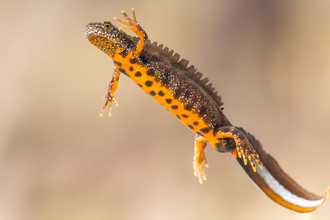 With its prominent, wavy crest, the great crested newt, also known as the 'warty newt', looks like a mini dinosaur! 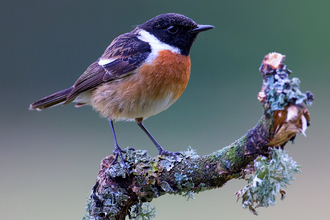 The stonechat is named for its call, which sounds just like two stones being hit together. It can be seen on heathland and boggy habit.
FAQs