Only freshwater crayfish native to the UK
Diet consists of detritus, animal matter & plants
Classified as Endangered on the IUCN Red List

The White-clawed crayfish is the UK’s only native freshwater crayfish that was once common and widespread in English and Welsh rivers and streams. However, since the 1970s the population has severely declined due to human activities.

The White-clawed crayfish is a bronze-coloured crustacean that obtained its name from the white undersides of its claws. Adults can reach up to 12cm long and inhabit clear, well oxygenated freshwater streams, rivers, lakes and reservoirs. They seek out small crevices under stones and rocks where they rest during the day and come out at night to forage for food. White-clawed crayfish are omnivorous, living on a diet of dead organic matter, water plants, carrion, invertebrates and one another.

The White-clawed crayfish has suffered severe declines in population due to the introduction and rapid spread of the non-native North American Signal crayfish in the 1970s and 1980s. The Signal crayfish outcompetes our native species for food and places to live. This non-native species carries a fungal disease known as ‘Crayfish Plague’ which it is immune to, however our indigenous crayfish has no natural resistance.

Another cause for the loss of this species is damage to freshwater habitats and the declining water quality in our rivers and streams. Just as people need calcium to enrich our bones, the White-clawed crayfish requires mineral-rich water to strengthen its exoskeleton.

Within Gloucestershire there are only a few places that still support White-clawed crayfish populations. At the start of the project we discovered that some of these existing populations were threatened by the presence of Signal crayfish. Once the non-native species has entered a watercourse it is only a matter of time before it travels upstream to populate the tributaries and headwaters of a catchment.

During our survey work, biosecurity was of high importance as crayfish plague can easily be moved between watercourses. Crayfish plague spores can remain active on wet equipment and clothes for up to two weeks in damp conditions. Caution was taken whenever crayfish related activities were undertaken, with all crayfish associated gear inspected, cleaned using aquatic disinfectant and thoroughly dried before being used again. 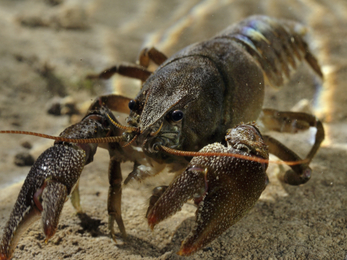 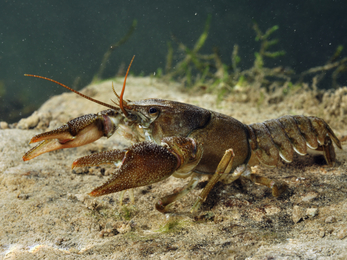 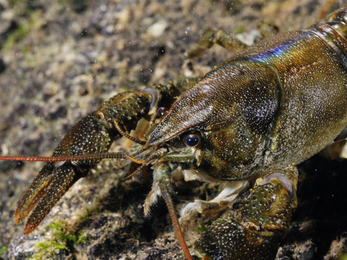 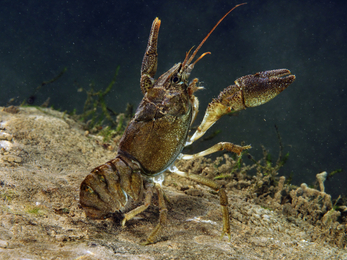 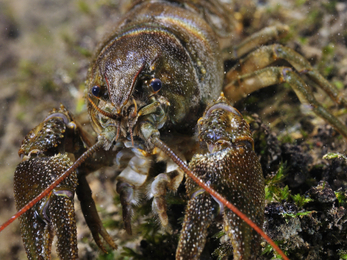 After careful assessment a suitable donor site in the Stroud Valley was identified that could support a healthy, self-sustaining population of White-clawed crayfish. The selected watercourse has a permanent water supply that is of suitable quality, offers favourable crayfish habitat and critically is isolated from the threat of colonisation by Signal crayfish and crayfish disease.

Previous Natural Flood Management work carried out at the donor site, to create a series of leaky dams will provide ideal habitat for the White-clawed crayfish. The presence of submerged crevices among stones, tree roots, leaf litter and woody debris is vital for the long-term success of White-clawed crayfish populations.

Once we had received a licence from Natural England we were able to proceed with the translocation, which ran very smoothly owing to strong organisation and forward planning. The group of GWT staff and dedicated volunteers worked to collect the crayfish, which were then health checked and placed in aerated containers for transportation.

The translocation went as well as we could have hoped for; we exceeded expectations with regards to how many healthy crayfish were caught, strict biosecurity measures were observed, and a population of White-clawed crayfish have been moved away from the threat of Signal crayfish and crayfish disease. Going forward the donor site will be monitored to record their movements and assess how effective the translocation process has been. 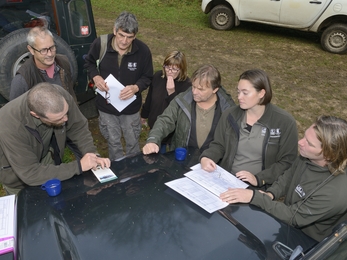 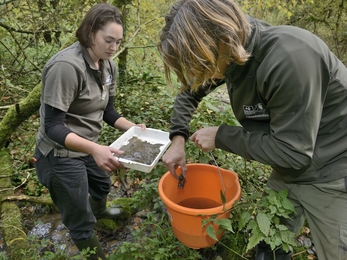 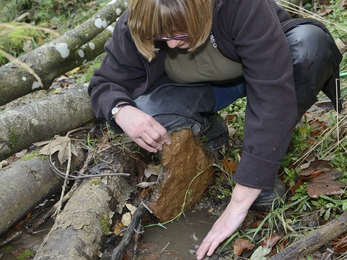 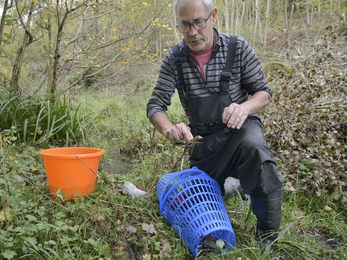 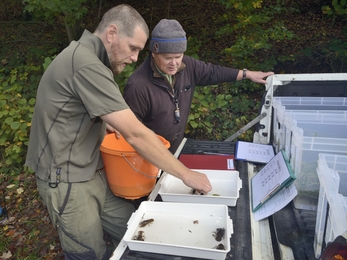 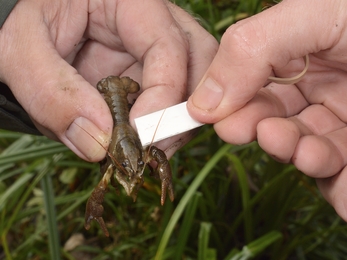 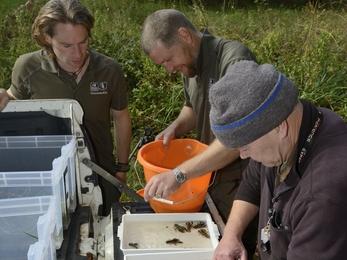 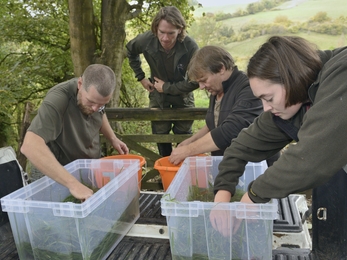 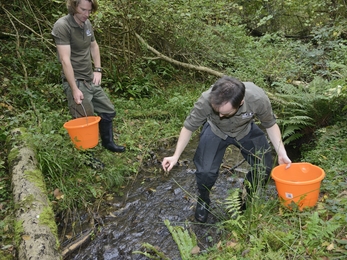 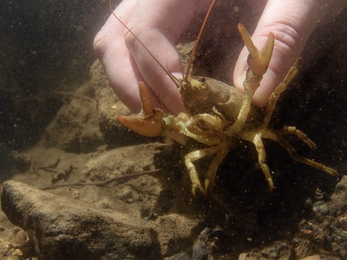