Soil is a fundamental natural resource on which life depends. It provides many essential services on which we rely including food production, water management and support for valuable biodiversity and ecosystems. As a large store of carbon it also plays a vital role in the fight against climate change.

The UN has warned that the world’s soils face exhaustion and depletion, with an estimated 60 harvests left before they are too degraded to feed the planet. A UK 2014 study found that matters are not much better, estimating 100 harvests remaining.

Our soils have degraded over the last 200 years due to intensive agricultural production and industrial pollution. Soils in England continue to face three main threats:

Soil erosion by rain and wind. Erosion affects both the productivity of soils but also water quality and aquatic ecosystems.

Compaction of soil reduces agricultural productivity and water infiltration, and increases flood risk through higher levels of run off.

Organic matter decline. The loss of soil organic matter reduces soil quality, affecting the supply of nutrients and making it more difficult for plants to grow, and increases emissions to the atmosphere.

All these threats may be magnified by climate change. Safeguarding our soils for future generations means managing them better, reducing degradation and building resilience to increasing pressures. 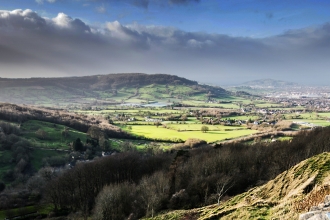 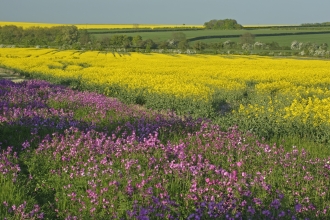 We work with farmers and landowners, providing advice and training along with delivering practical projects to extend wildlife-rich habitats 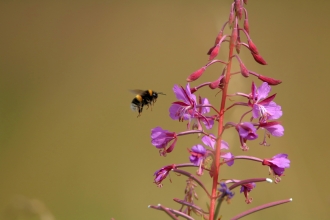 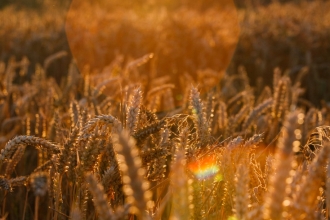 Our soils are in crisis but with the right land management choices, farmers & landowners can improve soil health for both people & wildlife

The white-tailed bumblebee is a very common bumble bee that emerges early in the spring and can be seen feeding on flowers right through to the autumn. It can be found in gardens, farmland, woodland edges, hedgerows and heathland: anywhere there are flowers to feed on. As with other social insects, the queen emerges from hibernation in spring and starts the colony by laying a few eggs that hatch as workers; these workers tend the young and nest. Males emerge later and mate with new females who are prospective queens. Both the males and old queen die in the autumn, but the new queens hibernate.

The Common Cockchafer is a large, brown beetle found in parks and gardens, grassland and woodland. Common Cockchafer larvae live underground for several years as they develop, eating the roots of grasses and other plants. In May and June, the adults emerge from the soil, often swarming around treetops. They can be seen at dusk and in the evenings, and are attracted to street lights and lighted windows. They will also turn up in moth traps, sometimes in large numbers.

Red Clover is a common plant of all kinds of grassy areas in the UK, from lawns to pastures, roadsides to meadows. It is sown as a fodder crop for livestock and has long been used in crop rotation systems because of its ability to fix nitrogen, enriching soils. The trefoil leaves are collected by Wood Mice and the flowers, which appear from May to October, are sort after by all kinds of bumblebees for their nectar.